It seems as if every time I make the commitment to blog daily, things start off fine. Then real life takes my pledge as a challenge to see just how much it can throw at me before I cry “Surrender!”. Usually, when that happens, I can dig out after a couple of weeks. It seems like this time real life decided to not only knock me down but try to knock me out, at least for the first quarter, if not longer. I won’t go into all the details, just know that we’ve had more than our fair share of death of extended family members, illness, death of appliances. Well, you get my drift.

What happened as a result is my writing, editing and everything else associated with publishing got pushed to the back burner for awhile. In some ways, that’s been a good thing because it has let me come back with fresh eyes to projects that are now not only late, but very late. It has also given me time to think about how I approach my career and make some decisions about how to move forward. I’ll probably be blogging about those decisions later.

However, for those of you who have been patiently — and some of you not so patiently and I really do appreciate knowing you are looking forward to my work — waiting, here are a couple of cover reveals. 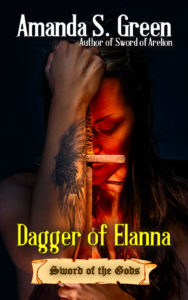 Dagger of Elanna will be released Tuesday, Feb. 21st. Assuming real life doesn’t decide to see what sort of twists and turns it can throw me today, I will hopefully be able to get it up for pre-order today or tomorrow. However, with all that has happened for the last two months, I’m not making any promises on the pre-order.

Here is the second cover reveal. We will be tweaking the cover very slightly before the book goes on sale, but I have to say I really like what Sarah has done with it. And, for those of you who have been waiting for the next Honor and Duty novel, the plan is to have it ready for a May /June release. There will be more about that after I put Dagger to bed. Oh, and the title for the next book is Victory from Ashes. 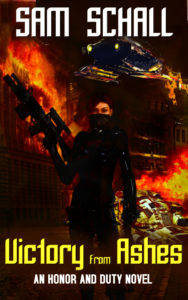 That leaves Nocturnal Rebellion, part of the Nocturnal Lives series, which I am planning for a Late Summer/ Early Fall 2017 release. The so-far untitled second book in the Eerie Side of the Tracks series will come out around Halloween. It, like Victory from Ashes,  is already in the works. Somewhere in there will be the next installment to Skeletons in the Closet. The nice thing is, the novellas and books set in the Eerie Side of the Tracks world are quick writes, relatively speaking, because they don’t require as much research and fact-checking as some of my other books. Now, this is a tentative schedule because I am not, absolutely NOT, going to tempt real life to try to beat me over the head any more than it already has.

, click on the link or the image to check it out.

War is coming. The peace and security of the Ardean Imperium is threatened from within and without. The members of the Order of Arelion are sworn to protect the Imperium and enforce the Codes. But the enemy operates in the shadows, corrupting where it can and killing when that fails. Fallon Mevarel, knight of the Order of Arelion, carried information vital to prevent civil war from breaking out. Cait was nothing, or so she had been told. She was property, to be used and abused until her owner tired of her. What neither Cait nor Fallon knew was that the gods had plans for her, plans that required Fallon to delay his mission. Plans within plans, plots put in motion long ago, all converge on Cait. She may be destined for greatness, but only if she can stay alive long enough.