The past week has been memorable and not necessarily in a good way. Accusations have been tossed around that the Hugo nominations were gamed, that the people behind Sad Puppies 3 are interested in only having white males of the misogynistic bent nominated and, therefore, winning. Media outlets have run with stories that fit square into the definition of libel, taking at face value the accusations without doing even the most minimum of fact checking. Some of those who claim to be against block voting are encouraging others to do just that — block vote No Award to block those evil Sad Puppy 3 nominees.

That is, perhaps, the saddest part of this whole thing to me. Here are authors and editors — and some fans but most of the calls I’ve seen have come from those directly involved in the publishing industry — to vote No Award without even reading the nominees. They have shown they are willing to condemn people and their work simply because they don’t like the way the nominees got on the ballot. To them, it is better to nave no awards handed out this year than it is to read those books and stories that have been nominated and possibly have to admit that there are some pretty damned good works on the ballot.

It has gotten so bad that there are folks out there blocking and/or unfriending people on Twitter and Facebook and other avenues of social media simply because they were on the Sad Puppy list — or because they have spoken out in favor of it. They aren’t even willing to have a discussion about the ballot and what Sad Puppies really means. After all, it is so much easier to just go with the shouts of racist and misogynistic and evil.

Some claim they will “consider” works on the SP3 list if those authors renounce Sad Puppies and distance themselves from Vox Day. That is a head-scratcher because Vox isn’t on the SP3 list. He wasn’t involved, to the best of my knowledge, in drawing up the list. But we are supposed to disavow him — wouldn’t that be a sort of negative way of saying he was involved? — in order to get the outraged gatekeepers of yore to consider our work.

Sorry, but the Hugo Award is not the diversity award. It isn’t the literary award. It isn’t the award for the most politically correct science fiction and fantasy (even though it might look that way if you study the last few years’ nominees). It is for the BEST science fiction and fantasy for the year. As I noted the other day, it is up to each of us to determine what “best” means. But to determine if a work is or is not better than another, you have to read it.

And that is all any of us is asking — read the nominees and then decide what is best. If, after having read them all, you feel, in good conscience, that there is nothing nominated worthy of winning the Hugo, then vote No Award. But do not act all righteous and go into this vote with a decision already made when you haven’t read any of the nominees.

Let me repeat that again, READ THE NOMINATED WORKS.

Starting some time next week, I will be reviewing the entries in the novel and novella categories. I will try to get to the other literary categories as time permits. Oh, and before anyone asks, I did read everything I nominated and I did not follow a “slate”. Yes, I voted for some of the recommendations from the SP3 list. But if I felt there was something better, that is what I nominated. That is what everyone I’ve spoken to did. We nominated works we felt best deserved the Hugo.

Now, I’ve said more on the subject than I meant. Now here are some indie books I highly recommend — and, yes, I have read them all.

You can’t keep a tough Pixie down…

Lom is a bounty hunter, paid to bring magical creatures of all descriptions back Underhill, to prevent war with humans should they discover the strangers amongst them. Bella is about to find out she’s a real life fairy princess, but all she wants to do is live peacefully in Alaska, where the biggest problems are hungry grizzly bears. He has to bring her in. It’s nothing personal, it’s his job…

“They had almost had me, that once. I’d been young and foolish, trying to do something heroic, of course. I wouldn’t do that again anytime soon. Now, I work for duty, but nothing more than is necessary to fulfill the family debt. I get paid, which makes me a bounty hunter, but she’s about to teach me about honor. Like all lessons, this one was going to hurt. Fortunately, I have a good gun to fill my hand, and if I have to go, she has been good to look at.”

Nineteen-year-old Steve Maxwell just wants to get his feet on the star road to find a better homeworld. By facing down Lotus Tong thugs, he earns an opportunity to become an apprentice on a merchant spaceship, leaving the corruption and crime of Earth behind. Sure, he needs to prove himself to an older, tight-knit crew, but how bad can it be if he keeps his head down and the decks clean?

He never counted on the interstellar trade routes having their own problems, from local wars to plagues of pirates – and the jade in his luggage is hotter than a neutron star. Steve’s left a world of troubles behind, only to find a galaxy of them ahead…

April is an exceptional young lady and something of a snoop. After a chance encounter with a spy, she finds herself involved with political intrigues that stretch her abilities. There is a terrible danger she, and her friends and family, will lose the only home she has ever known, and be forced to live on the slum ball Earth below. It’s more than an almost fourteen year old should have to deal with. Fortunately she has a lot of smart friends and allies. It’s a good things because things get very rough and dicey. They challenge the political status quo, and with a small population the only advantage they have in war is a thin technological edge.

You Should Never Speak Truth To Power…

The Galactic Empire is dying and chaos and anarchy are breaking out everywhere. After a disastrous mission against terrorists on Earth itself, Captain Edward Stalker of the Terran Marine Corps makes the mistake of speaking truth to power, telling one of the most powerful men in the Empire a few home truths. As a result, Captain Stalker and his men are unceremoniously exiled to Avalon, a world right on the Rim of the Empire. It should have been an easy posting…

Well, apart from the bandits infesting the countryside, an insurgency that threatens to topple the Empire’s loose control over Avalon, and a corrupt civil government more interested in what it can extort from the population than fighting a war. The Marines rapidly find themselves caught up in a whirlwind of political and economic chaos, fighting to preserve Avalon before the competing factions tear the world apart. They’re Marines; if anyone can do it, they can.

The battle to save the Empire starts here. 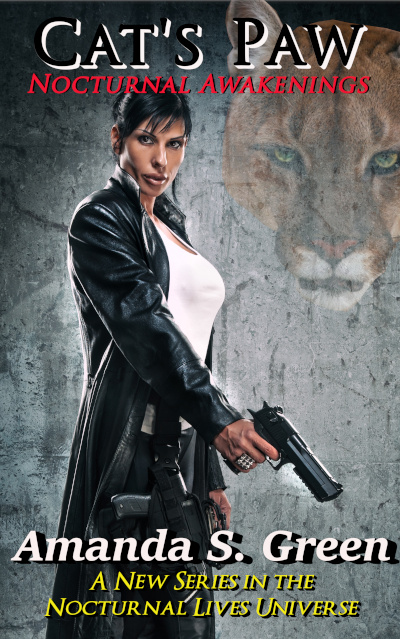