Yesterday, I started a series of posts on how I wound up writing four different series at once. It wasn’t something I did by plan. It just happened. You see, my muse is an evil creature who likes to torment me by enticing me with one book and then, as that book nears its end, letting me know that it really is just the beginning. The first time it happened, I figured it was a fluke. Boy was I wrong.

. That book was born out of the desire to write a police procedural/mystery but with a supernatural element to it. Unlike so many urban fantasies and paranormal romances, the existence of shapeshifters was not known to the public-at-large. The main character, Mackenzie Santos, thought they were nothing more than things of bad Hollywood movies. Even after she is attacked one night and “died”, only to wake up in the morgue several hours later — almost scaring the poor morgue attendant to death in the process — she didn’t think she was anything more than lucky. Then, when she started waking in locations different from where she went to sleep, and without any clothes on, she wondered if she was losing her mind. Even when she realizes that she is turning furry and there are others like her, she’s not completely sure it isn’t all some madness induce nightmare.

But through it all, she has a duty to perform. A serial killer is hunting on the streets of Dallas and it’s her job to find him before he can kill again. When that serial killer turns out to be another shapeshifter, well, life just go real.

When I first finished Origins, indie publishing hadn’t really taken off. So I went the way so many authors have over the years. I sent it off to agents and publishers. There were the usual rejections. They hurt. No one likes hearing their baby isn’t beloved by all. But there were others who were interested. However, they always had something they wanted done to the book, something I wasn’t willing to do. One wanted more sex. Even then, this particular editor felt that if you had a shapeshifter, sex had to play a prominent role in the book, whether it progressed the plot or not. It didn’t matter that Mac had more than enough on her plate just trying to come to terms with what she had become. The last thing she needed just then was to get involved with someone. Another editor wanted me to completely rewrite the book, going from third person limited to first person point of view. Everything else was just fine. All I had to do was make that one “minor” change. Not only no but hell no because there was no guarantee of a contract after making such a drastic change.

Long story short, I brought Origins out with a small press and later, when the rights reverted back to me, I re-released it. Not once have I regretted those decisions.

However, once Origins was finished and I started trying to shop it around, I realized that Mac’s story was far from over. All I had done woith Origins was bring her to the point where she was beginning to accept what she was. But there were a number of questions raised in it that still needed to be explored and answered. That’s how Nocturnal Serenade (Nocturnal Lives Book 2)

Yes, it was still a police procedural. There were still crimes to be investigated and solved. But also introduced Mac’s mother and grandmother, both of whom have a great deal to explain — like why they never told Mac she came from a long line of shapeshifters. This book also gave more of an insight into pride dynamics. In other words, Mac’s world was expanding and that, in and of itself, needed to be told.

Along about this same time, I wrote a novella using Mac and company. While their shifter natures were mentioned and they were able to use some of their enhanced senses, the focus of the story was the crime and solving it. I wanted to see if I could write a police procedural without relying on Mac changing into a jaguar to take down the bad guy. Nocturnal Haunts (Nocturnal Lives)

was that novella. It may, at some point in the future, be expanded into a full novel but I’m not sure.

Mac wasn’t done, not by a long shot. One of the main points Mac made in both Origins and Serenade was that their kind had to be more careful now than ever before. In this day and age of smartphones and Youtube and security cameras everywhere, one slip was all it would take for their secret to get out. Add to that the advances in forensics and, sooner rather than later, someone would realize shifters existed. That meant they had to be prepared. Would they allow themselves to become the victims of a modern day witch hunt or would they start preparing the way for them to reveal themselves under their own terms and in such a way a panic didn’t result?

begins to answer those questions. What neither she nor those closest to her know is that a group of shifters has already started making those inroads. Unfortunately, there is another group with another goal in mind. When their kind goes public, they want it to be in such a way that shifters become the predominate species. That puts the two groups on a crash course and Mac finds herself smack in the middle.

As with the other books in the series, there is a crime to solve. Only this one hits closer to home than ever. At a time when Mac should be celebrating one of the happiest times of her life, she returns home from a well-deserved vacation to discover that her partner and best friend has been abducted. Worse, Pat is only one of several, most of whom Mac knows, who have gone missing while she was gone. If that wasn’t bad enough, she then discovers that her own squad had been ordered not to tell her what happened. Needless to say, Mac is not happy and she is soon digging into what happened.

By the end of the book, she knows more about the two sides than she ever wanted. She also has to make a choice, one that will impact not only herself but those closest to her. She can choose to do what she has advocated all along, that the shifters find a way to ease their way into the public eye or she can sit back and go along with the powers that be. The former is, in her mind, not only the right thing to do but the smart thing. However, it also is a step that doesn’t just toe the line of shifter law but steps over it. But the other would seal the death warrants on an untold number of both shifters and normals. That’s something she can’t do.

is the latest book in the series. It continues the conflict set up in Interlude. Choices are made and there can be no going back. Even as she knows she is doing the only thing she can and still live with herself, Mac wishes things could go back to the way they were before that fateful night of her birthday celebration when she’d been attacked. A nice murder without any sort of supernatural element to it would be great. That’s especially true when it comes to the politics of the job. Screw up there and she could get fired. But screw up shifter politics and she could die.

If Interlude hit close to home, Challenge walks through the door and sets up house. Even as Mac and the others wait to see if Pat and the others who had been kidnapped will survive the injuries inflicted on them by their captors, Mac is faced with trying to keep her family safe. That includes her younger brother and sister. Like their mother, they have not shifted and they don’t really understand the danger they all face. Thinking she knows better than her older sister, mother and grandmother, Abby leaves the safe house and falls into the hands of the enemy. Let’s just say a pissed off big sister who also happens to shift into a jaguar isn’t someone to mess with.

There will be at least one more book in the series. The plot is already talking to me. It is my hope to have it out by the end of the year but it may be the first quarter of next year. In the meantime, the other books are available in digital format from Amazon, with no additional drm added, and can be ordered in print format from most booksellers (note: the last two titles will be available later this month in print format). 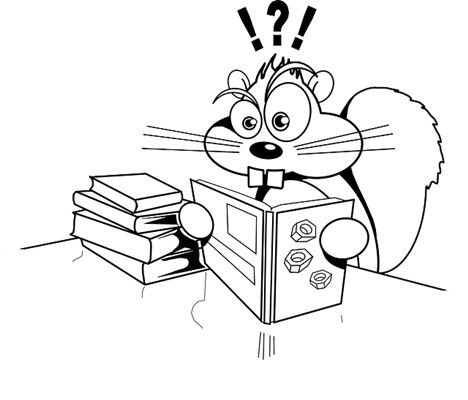