(I wrote the following post for Mad Genius Club 4 years ago. It doesn’t seem possible that I have been blogging over there that long — longer really — or that it has been 14 years since the terrible events of that infamous September morning. As we reflect on what happened that day, on its causes and its effects and on what still needs to be done, we should also reflect and take a moment to thank those men and women who dedicate their lives to keeping our country safe, to their family and loved ones who watch them leave and wonder if they will return and we should also remember those who have given their lives for our country. And now, to that original post.)

Ten years ago today, they say the world changed. I’m not sure the whole world changed, but my piece of it did. For the first time in my life, I understood how my parents’ generation felt when they heard about the attack on Pearl Harbor. Gone was the sense of safety of living in the United States, secured by oceans on two sides and allies on the other two sides. We’d been attacked, not by a military force but by fanatics who didn’t care about the innocents they killed in an effort to make their statement.

I know some of you are wondering what this has to do with writing. After all, Mad Genius Club is a blog about writing and the publishing industry. There is no simple answer. But there are answers and I’ll try to explain.

There’s a thread that’s been going on in one of the email groups I belong to where someone asked if our writing is influenced by world events. You can imagine there were folks coming in on both sides – some saying yes and others saying no. For me, I have to admit that I really hadn’t given it much thought. I knew the events of 9/11 affected me, but I hadn’t really taken time to think about if they had influenced my writing.

I still didn’t think much about it until the list of free titles available from Amazon crossed my desk the other day. I didn’t know whether to be thrilled or appalled to see all of them that dealt with that horrible day. I truly believe we need to remember what happened that day and do all we can to make sure it never happens again – here or anywhere else. One way to do that is to write about it.

Look, don’t get me wrong. I’m all for authors using events, real and imagined, in their books. But to use a tragedy like 9/11 or the Holocaust just to sell books is more than I can stomach. Releasing those books so close to the anniversary of that horrible day without thought or concern about what it would do to those who survived or those who lost loved ones makes my blood boil. There are some lines I simply can’t step over.

That said, I will fight for these authors’ right to publish such books, whether I like them or not. That freedom of speech is one of the things that makes this country what it is. Within certain very limited provisions, we can write what we want, when we want. The fact that so many of us have different views on what and how we write is in the best interest of the reader.

On 9/11, I slept in later than I usually do. As I stumbled into the kitchen for my first cup of coffee, I turned on the TV. There are three things I do every morning: drink coffee, read the paper and watch the morning news. So there I was, coffee cup in hand, staring in disbelief as the second jet crashed into the Twin Towers. It had to be a nightmare. There could be no other explanation. Numb, praying for those people who were obviously trapped in the towers, I sat and watched, just like so many others that morning.

The images from that day are indelibly etched into my memory. So are the emotions. The shock, the fear, the anger. But so is the feeling of solidarity, of needing to do something as I stood in line at the local blood bank waiting hour after hour to donate blood in case it was needed. Hundreds of people turned out that day, too many for the small center to handle. No one wanted to go home. This was something they could do. Something they had to do.

Those who were turned away made appointments to come back the next day. Then they left, only to return later with water and food for those of us still in line. A couple came back with radios and TVs so we could watch the latest. No one asked them to. Everyone thanked them. We were all pulling together and it was happening across the country.

The emotions I felt that day were so strong. So were the reactions of the people I saw. The only day that had come close to it was the day when the American embassy in Tehran had been taken over, beginning more than a year of nightly reports about what was happening, reports that became ABC’s Nightline. Back then, I was attending Texas Tech. A number of my classmates were former Air Force officers. As we sat in the break area of the law school after the news broke, each of them were doing what was necessary to make contact with their former C.O.’s, doing what they felt was necessary – offering to return to the service of their country.

As I write this post, I realize there is one thing about 9/11 that has influenced my writing. After feeling so deeply, after seeing others do the same, I became more aware of how my characters should feel and react. I hope I am able to write characters who are no longer cardboard cut-outs. Emotions are what make us human and are what drive us, for good or bad.

I’m not a subscriber to the idea that you have to suffer for your art. Hell, I do my best to avoid suffering – at least in the way it is used in that sentence. But to be a good writer, you have to not only know what the emotions are, you have to know what they feel like – whether you have experienced them yourself or know someone has. More than that, you have to be able to express those emotions in your writing in such a way your characters don’t appear to be cartoonish or cardboardish.

I remember the feeling of helplessness as I stood in line at the blood bank, wondering if my son was all right. He was at school that day. When the district announced parents could come get their kids, I called my ex-husband to see if he was going to pick our son up. (It was his week to have the kid) I wanted to go so badly, just to be able to see for myself that my son was all right. I wanted to be the one to explain to him what had happened and to reassure him that I would do everything in my power to make sure nothing happened to him. I might not have been able to pick him up – my ex did that – but I did get to talk to him afterwards, to explain what happened and what might be happening over the next few days and weeks.

I can channel those emotions into my characters. It’s easier to write about the mother whose child is in danger. I understand the fear and anger and the need to protect. I can write about the everyman who feels helpless as he watches some disaster – be it natural or manmade – unfold before him. It is up to me now to hone my craft so I can write it in a believable way.

But for all of that, 9/11 reminded me of something I hadn’t really forgotten but had, like so many others, taken for granted. It reminded me of how much I love this country. I honor and thank those who willing put their lives on the line every day to protect it, be they police officers, firefighters, EMTs, soldiers, whatever. I thank their families for supporting them. Most of all, I thank God for the fact that I live here, in a country where I can write what I want and not have to look over my shoulder in fear that the thought police will be there to arrest me.

That son I worried so much about ten years ago is now a young man. One year ago today he signed his contract with the Air Force. It was his choice and one I am very proud of. It’s also one that can’t help but scare me some as well. And that is yet another emotion I can channel, if I dare.

In closing, and on a very non-writer note, I offer up a prayer for all of those who lost their lives a decade ago and I pray we never again see another 9/11, here or anywhere else. 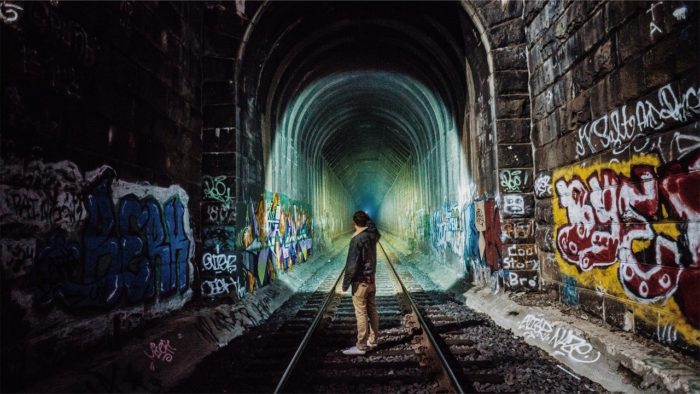