I don’t often take part in beta tests for games. One reason is I don’t usually have time. Another is I hate opening my laptop up to software that hasn’t been fully tested yet. But when I had the opportunity to take part in the closed beta test for Mirror’s Edge Catalyst – PlayStation 4

, I jumped. Then I prayed I would be one of those lucky enough to be chosen. I was and I’ve spent several hours since then playing the opening sequences of the game as well as some optional missions.

All I can say is if the final game is as much fun as the beta test version, it is going to be a blast.

For those of you who aren’t familiar with the game, this is the follow-up to Mirror’s Edge, one of the best games I’ve ever played. Considering this game is so very different from most everything else I play, that’s saying a great deal.

Short version, the game takes place in a quasi-dystopian future (funny how so many games take that approach — not). The main character, Faith, is a runner. Runners take to the rooftops and are the parkour heroes of the future. Mirror’s Edge was more a game of tactics and evasion than a run and shoot. I know a number of folks who played the game without ever using a gun and who prided themselves on trying to find ways through missions without engaging the enemy. And, no, this is most definitely not a stealth game.

Mirror’s Edge also had the advantage of having been written by Rhianna Pratchett. The follow-up, Mirror’s Edge Catalyst – PlayStation 4

does not include Pratchett. In fact, much of the original team is gone. That could be problematic. Other games that have had such major shifts in personnel from one game to another have suffered. For the little bit we saw in the beta test, this one does not. Of course, I say that with reservation since the beta only lets us see a couple of missions.

So, what do I think about Catalyst? I loved it. The controls — and I was playing on PC — were intuitive and easy to get the hang of. I liked the fact that the tutorial wasn’t all at the beginning and staged as such. There was some character interaction and then “training”. Even after that, you received another mission which included some more training as well as completing a mission in the process.

Yes there were glitches. This was a beta test after all. The voice to video synching often reminded me of a badly — very badly — dubbed Japanese science fiction movie. The mouths would move and the subtitles would appear and then the voice would sound. Load screen sometimes froze or it felt like they did because it took forever to move from one to another. But it was nothing compared to some finished games I’ve played and hated.

This is a beautiful game. I wanted to spend time I don’t have just exploring the city. The fact that you can go off-track is something I enjoyed and I look forward to being able to do it in the finished product.

My recommendation is simple. If you enjoyed Mirror’s Edge

, you need to check out Mirror’s Edge Catalyst – PlayStation 4

. If you like games that let you use figure out the best way to get from Point A to Point B, this is your game. If you want to use your wits to avoid the enemy or if you want to confront the enemy, you can do it with Catalyst.

I don’t know about you, but I will be pre-ordering the game and waiting anxiously to be able to play the full game. 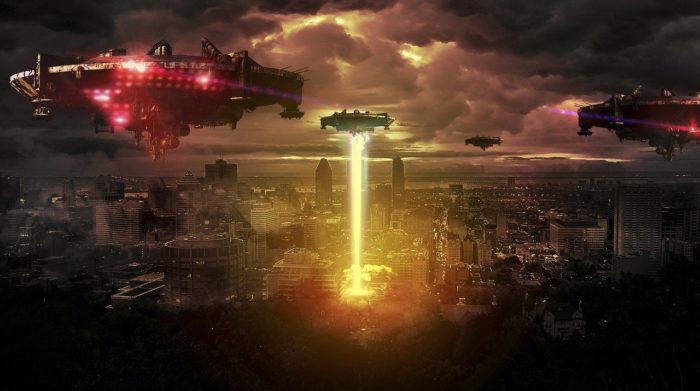