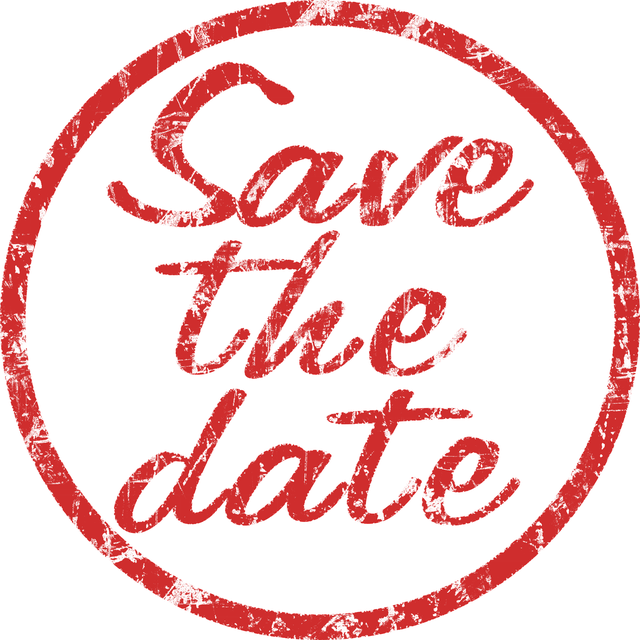 Well, I’m either finally getting truly serious about this writer gig or I’ve lost my mind. Depending on the day of the week and the hour of the day, my answer changes. I’ve already put Victory from Ashes and Danger Foretold up for pre-order. Now Fire Striker, the first book in a new series, has gone live for pre-orders. It’s still working its way through all the storefronts, but it’s out there and Books2Read is keeping the universal link up-to-date.

So what is Fire Striker?

I’ve written about it before under the title of Tearing the Veil (which has now become the name of the series). Urban fantasy. Magic. Shapeshifters. And, new for me, elves and dwarves and other paranormal creatures. But no vampires. Not even the sparkling in the noonday sun kind.

And here’s a short excerpt from the book:

Three days ago, my handlers appeared at the door to my cell and asked what I wanted for my birthday. Not that they cared. It was yet another way to torment me. A reminder of the years, I’m not sure how many, that had passed since I entered this hellish existence thanks to my parents. When I didn’t rise to the guards’ bait, denying them the chance to “discipline” me again, they gave up and left, closing the heavy door behind them. Since then, I’d been left alone, my meals appearing through a slot in the door, just as they always did.

And I was fine with it. You learn to be after so long. Just as you learn ways to occupy your mind or risk going insane. Not that I was exactly sane any longer, if I’d ever been. But I didn’t doubt I was saner than those who guarded me and who took such pleasure in reminding me I would never again be free.

Damn them and damn my parents.

I lay on my cot, eyes closed, mind replaying my latest plan for vengeance should I somehow manage to get out of this hellhole, when the sounds of the outer door opening penetrated the silence of my cell. I turned my head, waiting. There’d been a time when I would instantly stand when it sounded like someone might be at the cell door. But I learned, usually the hard way, to stay where I was. I’d take my cue from them. It was safer that way.

Besides, it wasn’t like I could leave the cell without their permission. Even if I somehow managed to overpower the guards, I was stuck here thanks to the “doctor”. Maybe a year after my arrival, he added another layer of what he called defenses to everything else he had done to me. This time, he implanted a small capsule at the base of my skull. Then he gave me a demonstration of what would happen if I tried to leave my cell before being given permission.

God, I still had nightmares about the demonstration. Two guards held me between them. A third stood behind me and forced me to look straight ahead. Until that moment, I didn’t know another cell was located directly across the hall from mine. The doctor stood in the corridor and used a security panel to open the cell’s doors. First the outer door slid open. Then the secondary door, nothing but bars with a lock plate, opened. I swallowed hard as the doctor coaxed the person, a man near my father’s age, to come outside. From the blank look in the man’s eyes to the way tremors shook his entire body, his terror filled the area. But he obeyed. One slow step after another, he moved toward the door. Just before stepping into the corridor, he looked at the doctor, his eyes pleading. He knew what was about to happen and could do nothing to stop it. That haunts me as much, if not more, than what happened next. The doctor retreated down the corridor as the man took his first step out of his cell. He never took another. I watched, forgetting to breathe, as he stiffened a split-second before his head exploded.

I pissed myself and vomited as bits of brain matter and blood and bone struck me. By the time I had myself under control, the doctor was back. His message went straight to the point. That would happen to me if I ever tried to leave the cell before the signal keyed to my implant was deactivated. I got the message, not that I haven’t considered more than once using the implant to end my time here.

But I guess you could say I’m stubborn. The truth is simpler than that. I’m a vindictive bitch. These bastards and my parents before them made me into one. I’ll die one day but not before I’ve seen all those responsible for putting me here pay dearly for their part in it. Until then, I would bide my time. If nothing else, these people taught me patience.

And I can be very, very patient if I have a reason and they’ve given me a very good one. 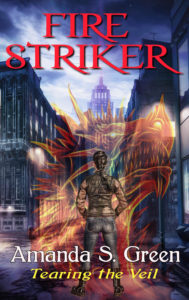 Fire Striker is, as noted, the first in the Tearing the Veil series. It will be released December 14, 2021. As with the other pre-orders already on the schedule, those who sign up for my newsletter or who follow a link in the book will be able to download an exclusive “story” set in this new universe. In this particular case, it might be a chapter that didn’t make it into the book for whatever reason. It might be a chapter from another character’s point of view. It might be a free-standing short story. In other words, I haven’t decided what it will be yet. But it will be something that hasn’t been published anywhere before, including here on the blog.

To sign up for the newsletter, fill in your email in the box on this page or follow this link.

I’m debating whether to put the next book in the queue up for pre-order. I can schedule up to a year out on most of the main storefronts. The argument in favor of doing so it it will keep me focused on the task at hand and not let Myrtle the Evil Muse have as much free rein as she has in the past. Another argument for doing so is it lets me plan long-range promotions. The argument against it is life can happen and I don’t want to have to push books back or cancel pre-orders. That just looks bad. Then there’s the question of which book it should be. I’m leaning for another book in the Nocturnal Awakenings series but I nee to finish the Sword of the Gods trilogy. The former has a book already drafted–or at least outlined. The latter has a very rough draft but I need to do some more research and then I will need to immerse myself in the “voice” of the book.

But that can be dealt with later. For now, I’d appreciate it if you’d help me spread the word about the pre-orders. Now to find coffee and get to work. I’ve set a doable schedule for myself–especially since I have these books roughed out already–but that doesn’t mean I can slack off. 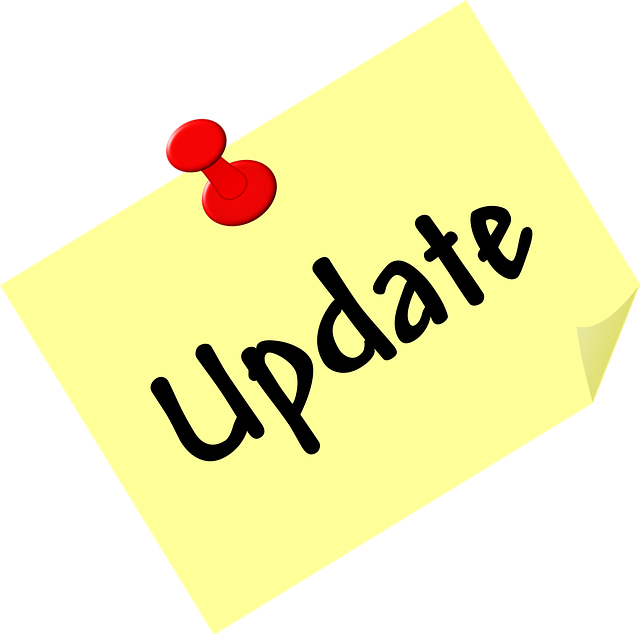