I knew things were going too well this morning when I couldn’t find anything to blog about. Sure, I could blog about the new book — and I will, but not just now. I could even blog about how Myrtle the Muse is being stubborn again and wanting me to start Dagger of Elanna right NOW instead of letting me finish Nocturnal Challenge. I was even talking to a friend about how I was going to come back to the blog later, after a topic finally made itself known. Famous last words because there on my Facebook feed was a story that had me hitting my head against the desk and wondering just how much further into idiocy we could dip before common sense and maturity finally returned.

Let’s start with a simple truth. No two people are the same. They aren’t and never will be “equal” in all things. Each of us have different talents and abilities. We have our own weaknesses as well. Yes, there are men who feel that women are second-class citizens and should never be let out of the kitchen — or the bedroom. Conversely, there are women who feel like men are evil, testosterone driven animals who should be kept only for heavy lifting. Some of these women also feel that sex between two — or more — consenting adults is rape if one of those partners is male because no female would consent to it given a “real” choice. But that’s another topic for discussion.

What set me off today was an article about a new app that can be used to “fight sexism in the workplace”.

Think about that for a moment.

Now, this little app comes from Sweden and can be used to determine how often different people “chime in” during a discussion. Basically, what you do is enter the number of sex of folks in any gathering and then start and stop a timer every time someone speaks. Sounds simple enough, right?

Well, the author of the article frames it in such a way that you can use this as a tool to document and fight “manterruption”. You know what that is. That is when a man — evil soul that they all are — interrupts a woman during a business meeting or some other gathering to put forth his own idea or frame hers in his own words and take credit for all her hard work. This is important, you see, because according to the developers of the app, men simply don’t understand how often they interrupt or speak over a woman. Bad men. Bad!

Give me a break.

First of all, if you are running this app, you are going to be so distracted by trying to keep track of — and enter in — who is doing what when that you will lose track of the meeting. That’s not exactly making your employers or your clients happy because then someone is going to have to take time to bring you up to date because you weren’t paying attention. So — FAIL.

Second, this explanation for the need for the app completely ignores the fact that women are also guilty of talking over their co-workers and friends. Just sit around the local coffee shop or listen while you are at work and see how often a woman talks over another woman — or man. So, instead of framing this as a tool to prevent workplace sexism, perhaps it should be framed some other way. Not everything has its root in sexism. There are simply some rude people out there. So — FAIL.

Third, there are men and women who simply are not comfortable speaking in public. That means you can have a room that is filled with a majority of women — or men — and if even some of that majority is not of the kind to speak up, it will skew the numbers. Then there are those who are observers and listeners. Those who don’t speak up until they have gathered all the information on a topic and have formed an opinion. They don’t tend to take part in the give and take of a discussion, nor do they tend to talk over people. So, again, the numbers are skewed. So — FAIL.

Fourth, if you have a meeting going on and folks are talking over one another, it is the failure of the moderator or whoever called the meeting. As I said before, not everything has its root in sexism or any other “ism”. It is an indication that either the leader of the meeting doesn’t like exercising authority or doesn’t like conflict or is simply one who doesn’t see a problem with employees or group members getting excited about a topic and speaking up. So, again — FAIL.

This is not to say there isn’t sexism in some workplaces. There is. But timing who says what when is not the way to beat it. If you don’t like someone talking over you, say something. Hell, simply lift your hand and hold up one finger and shake your head. That is pretty much a universal signal to SHUT UP.

I guess my real issue with all this is that I am tired of all the precious little flowers — male and female alike — abdicating their own responsibilities to stand up for themselves. This isn’t kindergarten where you run to the teacher and tattle on little Johnny. This is the real world and there are people out there who can be asses. There are people out there who get excited and want to say what is on their mind before they forget it. Tell them you were speaking and they can talk when you are done. If it continues, then and only then, turn to the moderator and suggest they take things in hand.

In other words, grow up, take responsibility and stand up for yourself. Believe me, you don’t want Big Brother acting as your perpetual nanny because there will come a time when you are not longer the cause du jour and what you have been doing for so long will no longer be tolerated by the cool kids. Respect yourself enough to demand respect from others — and you don’t do that by using an app to show what a whiny ass kid you are. 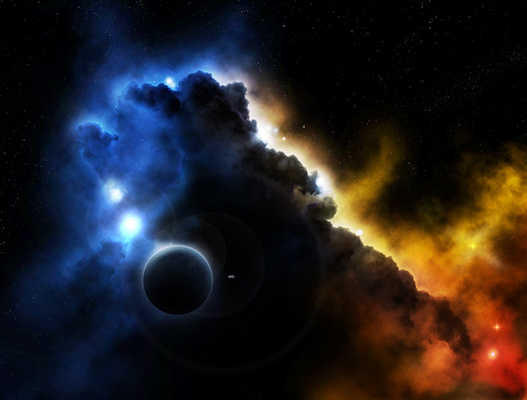