Cedar Sanderson, friend and author, is spearheading a small curated Christmas Sale for indie authors and I’m honored to have been invited to take part. I don’t know about the rest of you, but books have always been one of the staples I gave for Christmas and other occasions when a gift was needed. That hasn’t changed with the advent of e-books. All e-books means is you have to be a bit more creative in how you “wrap” them.  So, without further ado, here is the 2015 Indie Author Christmas Sale.

Just in time for Christmas giving, here’s a list of books, stories, and other readables. Who doesn’t love to get a book in their virtual stocking? Bonus is that this gift won’t sit around collecting dust or taking up space. And you don’t have to go out and fight the traffic to buy it, or worry about shipping on time, and it’s as easy as a few clicks and knowing an email address.

The pixie with the gun has come home to see his princess crowned a queen and live in peace. But nothing is ever easy for Lom. A gruesome discovery on his doorstep interrupts their plans and sends Lom off on a mission to save not one, but two worlds. It’s personal this time and the stakes are higher than ever before. With friends falling and the enemy gathering, Bella and Lom must conquer the worst fears and monsters Underhill can conjure. Failure is not on the agenda.

Or if you would rather give the whole trilogy, Pixie for Hire: Omnibus Edition

is now available in ebook form only.

by Pam Uphoff
Free for five days!
It’s traditional for young lords in the Kingdom of Ash to spend two years in the army. Xen Wolfson is a young wizard, and Garit Negue a young prince. And the world is filled with adventures and danger . . . and learning experiences.

Their world has been in sporadic contact with two different cross-dimensional worlds–generally as a target for conquest. When the Empire of the One returns, the young warriors are standing foursquare in their path.

The one thing Lt. Mackenzie Santos had always been able to count on was the law. But that was before she started turning furry. Now she finds herself in the middle of a conspiracy to keep the truth from the public-at-large. She knows they aren’t ready to learn that monsters are real and they might be living next door.

If that isn’t enough, trouble is brewing among the shapeshifters. The power struggle has already resulted in the kidnapping and near fatal injury of several of Mac’s closest friends. She is now in the middle of what could quickly turn into a civil war, one that would be disastrous for all of them.

What she wouldn’t give to have a simple murder case to investigate and a life that didn’t include people who wanted nothing more than to add her death to the many they were already responsible for.

are available individually or as the Nocturnal Lives

In Delhaven, there is an Inn run by a retired mercenary. If you are a down-on-your-luck mercenary or men-at-arms, come to the public rooms and Hilda Brant, the owner, will give you a bowl of stew. If you want ale, hand over the coins. Hilda may give you floor space, but she expects you to pay in favors or coins.

Hilda isn’t prepared for the damage and chaos caused by a dragon, black mage, and elementals. And a very angry Lord Barton.

Dolly was reborn into a new body just last week. Right out of the birthing chamber, she was tumbled into a conflict that goes back to the stone age. Her creator, the Greek Goddess, Aphrodite, has disappeared, and the God in charge of her institution — the Babylonian Marduk — has called for her death. Her lover and Geppetto, Mitchell Drummond, is threading his way through political minefields to keep Dolly safe.

New in love, they soon find they can’t keep their hands off each other. Their sexual fever comes to worry them. They suspect there’s more to the situation than mere new love. Meanwhile, they have a job to do. Keeping up the pretense that all’s well and nothing’s going on is wearing thin. But in Upothesa, you’re not allowed to talk about secrets. Dolly is a secret. Trying to keep it together, Dolly and Drummond go on a mission to New Zealand to protect the Dolly’s secret and the life of a major TV drama star.

Collisions of the Damned: The Defense of the Dutch East Indies (The Usurper’s War Book 3)

My God, we are losing this war.—Lt. Nicholas Cobb, USN

March 1943. The Usurper’s War has resumed, with disastrous results for the Allies. In Hawaii, the U.S. Pacific Fleet lies shattered after the Battle of Hawaii. Across the Pacific the Imperial Japanese Navy, flush with their recent victory, turns its gimlet eye towards the south and the ultimate prize for their Emperor: The Dutch East Indies.

For Commander Jacob Morton and the other members of the Asiatic Fleet, the oncoming Japanese storm means that the U.S.S. Houston and her Allied companions must learn to fight against overwhelming odds against an enemy who claims the night as their own. In the skies above Houston and the other old, tired vessels of the ACDA Fleet , Flight Lieutenant Russell Wolford and his men attempt to employ the Allies’ newest technology to even the odds. With full might of the Japanese Empire falling on them, the ACDA’s soldiers, sailors, and marines must fight to hold the line long enough for reinforcements to come.

One man becomes all that the Turkowi fear – and respect. Matthew Charles Malatesta, second son and rumored bastard of a mercenary, grandson of Duke Edmund “Ironhand” von Sarmas.  One man, who will fight to the last breath to carve a place for himself, who will create a court of learning and civilization, who stands alone between the might of the Turkowi Empire and all of Godown’s people.

One In Infinity: A Reality Crossing Novella

Turns out coincidences do happen, and it sucks when it leads killers from an alternate reality to your door…

Rose plans on partying her last weekend of freedom before her residency starts, but fate has different plans. When men straight out of a fantasy novel attack, she gets pulled into a blood feud between magical beings thanks to a random stroke of luck. Now she has to adjust to her new world view and help one of the men to save herself from a fate worse than death.

Tick of the Clock

A man awakens in a 21st century Illinois hospital, holding very distinct memories of being shot in Switzerland decades earlier. The nurse calls him Detective Crabtree and says the DuPage County Sheriff will be by to check on him shortly. Yet he remembers his name being Sherlock Holmes.

When Sabrina Worthington is killed during a home invasion, her billionaire husband has an ironclad alibi. But Adam Worthington does not appear to be the grieving widower people would expect to see. Meanwhile, their former girlfriend keeps tugging on every possible string to convince the authorities to indict the man for murder.

A young mother hears the Norns. They tell her of terrible things to come. When Ulfarr wants her gift of prophesy to serve him, he takes her, murders her husband, and steals away her children. Can the young mother escape from Ulfarr’s clutches and save her children from him? Only the Norns know.

Marcus Aemelius Paullus has a problem – he is playing with fire and falling in love with the wrong woman. Appius Plinius also has a problem – he has a unit full of warriors who continually get themselves, and him, in trouble. Caesar Augustus has a solution to their problems, but it may cost them their lives. Eastward lies fame, fortune, and the key to returning home. Deserts, mountains, marsh, and ocean lie between, occupied by barbarian cultures and hostile rulers. On this grueling journey, Marcus and Appius will find their courage tested to the limits. But before they’re done, the world will know the unconquerable spirit of Rome! 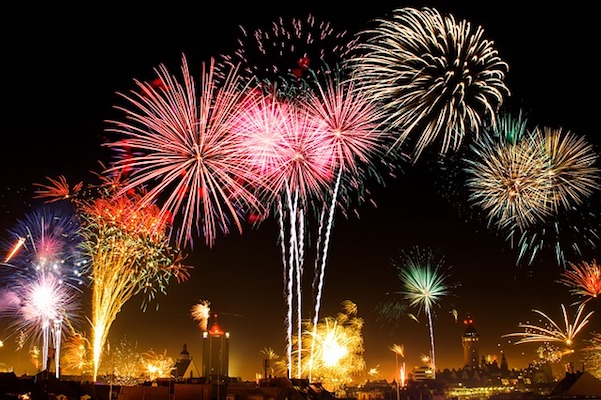