It means this will be a short post. Mainly because I’ve already blogged over at Mad Genius Club. This morning, I’m still doing a bit of squeeing after Amazon delivered five of the six print books I redid the covers and internal formatting for. They look better than I expected. (The sixth book in the photo, Light Magic, is one I am currently working on. Amazon is having a problem with the cover image for some reason.) 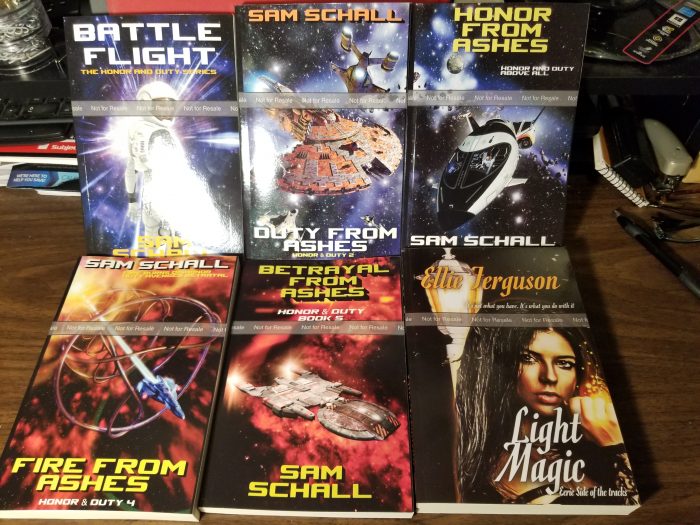 I hope to have Light Magic‘s cover issue dealt with by tomorrow.

Later this week or the beginning of next week, I’ll have Rising from Ashes, the next book in the Honor & Duty series, up for pre-order. I’m waiting on it until I have the cover figured out.

So I guess I’d better get to work. Until later!