Sunday night there were a number of watch parties going on in the DFW area. It was the first game of the regular season for the Dallas Cowboys. Zeke Elliott was playing, after weeks of uncertainty. Dak Prescott was starting his second season at quarterback and everyone waited anxiously to see if he could continue the magic of his rookie year. Added to that was the fact the ‘Boys were playing their arch rivals, the New York Giants. Unfortunately, one of those parties exploded in a hail of bullets that left, as of this morning, 9 dead. Cue the media to start yet another round of calls for gun control and cue the local media to forget all about journalistic integrity and identify the shooter even though his name has not yet been released by the authorities.

Let’s start with the latter first. Only one of the victims has been identified so far. She was the owner of the house. Her mother has claimed to the media that the shooter was her estranged husband. That is the only information we have so far and yet the media has been running with it. A local columnist has used this alleged identification as the basis for an op-ed piece calling for more gun control because we can’t let guns get into the hands of folks who might have anger issues.

There was a time when the media wouldn’t identify a victim — or a suspect — until that identification was verified by the authorities. It certainly wouldn’t identify someone killed, whether in an accident or as the result of a crime. It was part taking the time to make sure the facts of the incident were confirmed and part because it was the decent thing to do. They gave time to the authorities to notify the family of the person killed. But I guess that’s no longer a consideration in this day and age of reporters not reporting the news but wanting to shape it and make it. To hell with the emotional toll such actions might take on family members who had nothing to do with what happened.

Well, to hell with these so-called journalists.

Moving on. I start getting concerned when people want to limit the right to own, much less carry, a gun because of the possibility someone might have anger issues. How is this possibility supposed to be judged? More importantly, who is supposed to make this assessment? To limit a right based on something that might happen at some point in the future based on some set of circumstances that might never occur is not only foolish, it’s unreasonable.

But let’s be honest, this is simply another way the anti-gun faction wants to limit gun ownership. At least this particular columnist finally turned her post into the need to address impulse control and anger issues. But all too many will take what happened in Plano to argue that anyone going through a divorce shouldn’t be allowed access to guns or to argue that everyone wanting to buy a gun go through psychological evaluations.

Not only no but hell no.

The media needs to take a step back — maybe several, especially if a tall cliff is involved — and remember what it is there to do. Unless it is an editorial, they are there to report the news. They should pride themselves on presenting the facts in a fair and unbiased way. Reporters should report and not be part of the news. They should help us shape opinions based on facts and not on their own personal biases.

Newspapers and network news wonders why they are losing followers. It’s simple. We are tired of being shown slanted views of events. We are tired of being considered too stupid to know what is happening. With so many new ways to find out what’s happening in the world, the media should be adapting instead of digging its heels in. Of course, considering it is the twin to traditional publishing, their approach doesn’t surprise me. All I can say is that they will continue to lose viewers and readers until they once again put facts above opinion, integrity above attempting to manipulate the issues. 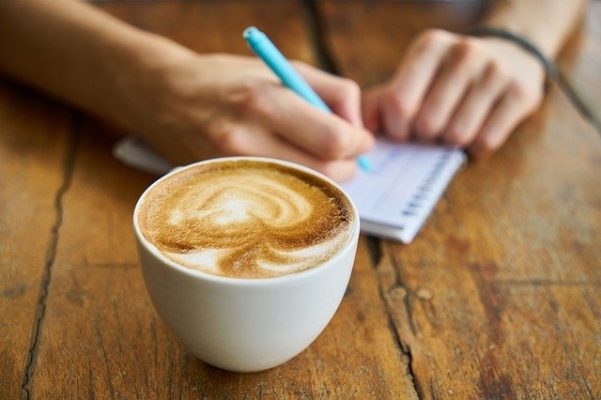