Sunday, an Arlington, TX police officer shot a man at a local shopping mall. The man, William Paul Dodd, was suspected of shoplifting two pairs of Ray-Ban sunglasses from a store in the mall. At the time of the shooting, he was being followed by mall security as well as by members of APD. While fleeing, Dodd turned and pulled what appeared to be a gun and pointed it at an APD officer who, believing his life in danger, fired. Dodd was hit and transported to a local hospital where, last I heard, he was in critical condition.

Several things make this case different from other police-involved shooting. First, this happened at a mall during business hours. This mall, like so many others, is a “Gun-Free Zone”. Second, the gun Dodd pulled and pointed at the officer was later determined to be an “Imitation firearm“. Finally, and the reason for the title of this post, approximately an hour before the shooting, Dodd called 911. He identified himself and said he knew police were looking for him for evading arrest.

“I know Arlington is looking for me, but I got a gun so if you pull me over I’m going to shoot, so just be ready,” the man said during the call.

At that point, he hung up. When the 911 operator called him back, he said he didn’t want to turn himself in and then he gave a location approximately 4 miles from the mall. Officers were dispatched to that location but Dodd was gone.

Fast-forward an hour. Arlington PD gets a shoplifting call from the mall and responds. At that time, the officers aren’t aware of Dodd’s earlier call.

Whether they knew or not, Dodd set himself up to be shot. By first calling and telling the 911 operator he had a gun and would shoot, he guaranteed that officers responding to any call where his identity was known or pulling him over and getting his ID back from a license check would be on alert. Add in the fact he carried AND PULLED what appeared to be a firearm and aimed it at a cop guaranteed something bad was going to happen. This was, in my opinion, an attempt of suicide by cop.

That’s bad enough but now there are some lawmakers considering making it illegal to carry an “imitation firearm” in public places. Let’s face it, prohibiting real firearms from public places hasn’t worked. The law-abiding citizens will obey but those with ill-intent won’t. Why should they? They know the likelihood of a potential victim being armed is slim to none.

In this case, Dodd apparently didn’t care whether the cops knew he was “armed” or not. In fact, he wanted them to know. He made the choice not to surrender. Instead, he pulled something the cop reasonably assumed to be a weapon, leaving the cop only one choice. He had to fire to protect himself and anyone else who might have been in the area at the time.

I don’t know whether or not procedure was followed in this case by mall security and APD. It’s possible they could have moved in sooner. However, circumstances surrounding the shooting tend to make me believe it wouldn’t have made a difference. Dodd would still have done what he did. The shooting would have happened and we can be thankful no one else was injured.

Yet, as is their habit, lawmakers are knee-jerking. Let’s ban yet another thing because someone used it in an attempt to get a cop to shoot him. There are other questions that should be asked — and answered — first. Maybe it’s my libertarian leanings coming out but I don’t believe the first response to a tragedy should be more laws and prohibitions.

Ask yourself this: how far are you willing to let your lawmakers go on something like this? If they outlaw these “imitation guns” in public places, that means not just shopping malls but parks, on the street, in playgrounds, etc. In some jurisdictions, it could also potentially mean in your front yard or driveway. That would mean you couldn’t show your best friend your new Airsoft or replica gun outside of the safety of you home. It could mean your kids couldn’t play with their cap guns, etc. When do we say “NO!” to the nanny state and start letting people take responsibility for their own actions?

And isn’t that the million dollar question? 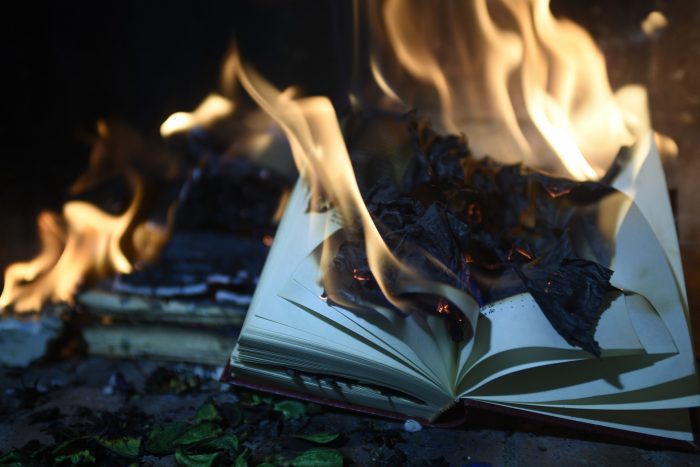