Destiny from Ashes, the latest title in the Honor & Duty series, drops later this month. To help pave the way, I thought we’d go back to the beginning. Vengeance from Ashes is the first novel in the series (although three prequel short stories have been expanded and combined into a single volume, Battle Flight). Here is part of the opening scene:.

Lips pulled back, teeth bared in an animalistic sneer, the prisoner sat up and swung her legs over the side of her bunk. As she stood, she turned away from the cell door. Her hands automatically went behind her head, fingers lacing. Almost without thought, she sank to her knees, legs spread, ankles crossed. Then, realizing what she had done, she cursed silently, hating herself and those responsible for bringing her to this state.

Two years. Two very long years in Hell had taught her how to act. Her body responded automatically to the commands barked at her. Only when she allowed her mind to surface, to let herself fully experience what was going on around her, did she hesitate. But not this time. There was no reason to disobey, no threat yet to meet.

Those years may have taught her all too painfully how to act, but they hadn’t broken her. Not yet at any rate. Even so, they had come close. Two years cut off from those she cared for, from almost all human contact. Stripped of even the most basic of human rights and dignity, she knew she was little more than an animal to break and tame to those in charge. She knew it just as she knew she could do nothing about it.

Just as she knew she’d been betrayed by the government she’d served and had been ready to die for.

What she didn’t know was why. Why had she been betrayed? Worse, why had those who’d served loyally at her side been targeted?

The soft swoosh of the heavily armored door sliding open broke the silence of the small cell a few moments later. With her back to it, she couldn’t see who entered, not that she wanted to. One of the first lessons she had learned after arriving at the Tarsus military penal colony was not to look. That had been a very painful lesson, one that landed her in the prison’s infirmary for several days. It was also a mistake she’d never repeated.

That had been one of many lessons she’d been forced to endure since arriving there. With the commandant’s tacit – hell, as far as she knew it was his overt – approval, the guards could be as sadistic as they wanted. Correction for even the most insignificant infraction might take the form of a rifle butt to the ribs or kidney, and that was if she was lucky. If not, the beating that followed would leave her hurting so badly she could barely move. Even then, the guards wouldn’t send her to the infirmary. After all, it was so much more fun to watch her suffer, reminding her that she alone was responsible for what had happened.

Fortunately, she’d heard the horror stories before arriving at the penal colony. Even though she hadn’t been ready to believe them, they had helped prepare her for what she’d face. Even so, it had been a shock the first time one of the guards beat her down for asking what would have been a simple question on the outside. That had been enough to convince her that the best course of action was to remain silent unless it was imperative that she speak. That wasn’t to say there hadn’t been times when circumstances forced her to break that rule and she bore the scars to prove it. All she wanted now was to live through the remainder of her prison term. Survival was the first goal. Vengeance would come later. Not for her, but for those brave and loyal souls who had followed her despite her protests and who had paid the ultimate price as a result.

She swallowed hard, forcing her mind away from past horrors, as boots clomped across the small cell in her direction. A rough hand grabbed her right arm, twisting it painfully behind her back. She flinched as a security cuff was locked tightly around that wrist. Her breath hissed out as the process was repeated with her left arm. Moments later, similar restraints were fastened about her ankles. Then a gloved hand closed around her left arm and jerked her to her feet.

Guard-captain Gavin Haritos spun her to face him, grinning sadistically. His fist caught her with a vicious backhand. With a sharp cry of pain, she staggered back. The short chain connecting her ankles tripped her. Only the man’s quick grab at the front of her jumpsuit kept her from falling. He pulled her forward and, with the ease of much practice, draped a heavy hood over her head before she could react.

Haritos’ cruel grip on her arm kept her on her feet as he hauled her out of her cell and down the long corridor. Blood pounded in her ears, almost deafening her. Fear and hatred raced through her, sparking every fiber of her survival instincts. She knew this was going to be bad, very bad. It always was when the guard-captain came for her. But she could do nothing to stop him, at least not yet.

“This is your lucky day, bitch.” Haritos shoved her into one of the three lifts at the end of the corridor and she heard him slam his fist against the control panel. A moment later, the lift gave a slight lurch and she felt the car start downward. “You’re being transferred, Shaw. But don’t get your hopes up that it means the rules no longer apply because they do. If you’re smart, you’ll remember those poor bastards sentenced here with you. Everything you say and do from now on impacts them.”

A soft moan escaped her lips before she could stop it and fear raced like an open current through her. No matter how many times she’d been in this position before, she couldn’t help it. A transfer could mean almost anything, none of it good. Not as long as the survivors of her unit were still on Tarsus.

Bile rose in her throat as the lift came to a sudden halt. But it wasn’t that which caused her breath to catch. The guard-captain’s low chuckle sent a shiver of fear down her spine. Once before he had stopped the lift short of their destination. He’d told her then it was time to deliver a warning.

He had beaten her so badly that day she had prayed for death. Was he about to repeat that performance? If so, why? She had done nothing to break the rules. She hadn’t been out of her cell in weeks, her only contact had been with the guards who checked on her three times a day.

Without warning, Haritos’ fist connected with her stomach. Pain doubled her over. Tears filled her eyes beneath the hood and she fought the urge to vomit. The neck of her jumpsuit tightened uncomfortably at her throat as the guard-captain’s hand fisted in the material. Using it to hold her in place, he continued his assault. Her head snapped back and she tasted blood. She lost track of the number of times he struck or where each blow landed. All she could do was stand there, held in place by the hand at her collar, and pray the beating ended soon.

Suddenly, Haritos released her and she fell to the floor of the lift. Before she could struggle to her knees, his heavy boot caught her in the ribs. Once, twice, he struck, each time forcing her to cry out in pain. Her ribs ached and it hurt to breathe. Her face, especially her nose, throbbed with each beat of her pulse. From the stuffiness of her nose, she knew Haritos had broken it – again. Her right eye felt puffy, swollen. It had been a long time since she had been beaten this badly and why?

“Listen carefully, bitch,” Haritos growled as he once more hauled her to her feet. “This is only a temporary respite for you. Sooner or later, you will be sent back. Remember your people are still here and we can do whatever we want with them. So keep your mouth shut. We’ll know if you do or say anything about your time here.”

To her surprise, Haritos said nothing more. That was unusual. Whenever he’d come for her before, he’d taken perverse pleasure in detailing what horrors awaited her. The fact he’d gone silent worried her. And what did he mean by this being a respite and she would be back?

Dear God, what was happening?

Haritos remained silent as he forced her off the lift. Doors opened and then closed behind them. She didn’t know how to react when, for the first time in months, she felt the sun beating down on her. They were outside. But why? Where were they going?

It didn’t take long to find out. Haritos led her up a ramp. The hood obscured her sight, but she could hear the muffled sounds of a crew working to prepare a shuttle, maybe even a courier ship, for launch. Haritos pulled her to a halt and told her to stand still. Then he released his hold on her arm and she sensed that he had moved a short distance away. There were soft voices. Straining to hear, she only caught a few words. Transfer . . . prisoner . . . dangerous . . . tried to escape . . . take no chances . . . don’t listen to anything she says. . ..

Dear God, was she actually being transferred out of the Tarsus penal colony?

Hope flared only to die as quickly as it had been born. She remembered Haritos’ warning. Her people, those few who had survived the ambush only to be betrayed by those who should have stood for them, were being left behind. That meant she had to do as the guard-captain said. Otherwise, her people were as good as dead.

Before she could do anything – not that there was much she could do, bound and hooded as she was – Haritos was once more at her side. She stumbled forward as he grabbed her and led her further up the ramp. He hissed one last warning not to do anything foolish. Then he turned her over to someone else. Flanked on both sides by unseen guards, she was led into another lift. A few minutes later, her restraints were removed and then her hood and she found herself standing in the center of a small cell. She didn’t need to hear the announcement for all hands to prepare for departure to know she was on a ship. But a ship to where?

And what about those who’d been sent to the penal colony with her? Why weren’t they being transferred with her?

The above is subject to all copyright protections. Expanded Edition, second edition, copyright © 2019 by Amanda S. Green (writing as Sam Schall).

Featured Image: Fictional illustration of a giant robot stands in a destroyed stadium by David Edwards. Licensed via Adobe Stock. 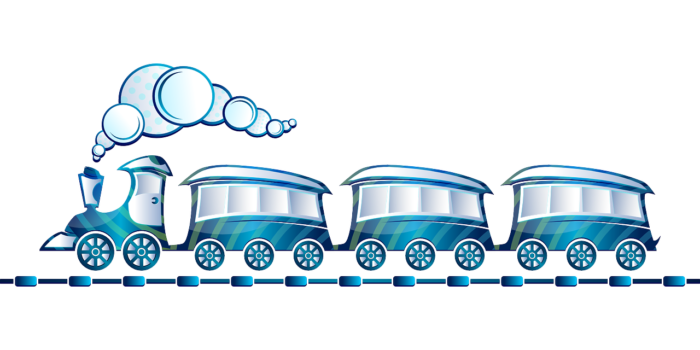