A week or so ago, I went on a rant about Origin and EA customer support. It wasn’t the first time I’ve had issue with a game through those two stalwarts — and I use that term very loosely. For the second or third time, I had a game that worked just fine and then, without any updates to my gaming laptop, it suddenly quit working. Oh, it would play just fine in off-line mode but trying to log into the EA/Origin servers? Nope, it wasn’t going to happen.

Due to prior experience trying to get help from Origin/EA support, I exhausted every other avenue first. That included uninstalling and reinstalling not only Origin but the game itself. Turning off processes that might be interfering. Making sure all my drivers were updated. Nothing. So, out of desperation, I contacted Origin — multiple times. Once I basically told them to get over themselves when they wanted me to reinstall my OS. What none of them could seem to grasp was that the game worked fine, unless I wanted to play online.

Finally, I was told they were escalating my issue up the chain and when — and if — their techies figured out what was going on, they’d contact me. No other information was available. At some point in the future, near or far, they’d be in contact with me but only if they figured out what was wrong.

I’ll admit I wasn’t going to hold my breath. I’d been told that before. This time, however, my confidence in them was less than it had ever been. Why? Not only couldn’t they seem to understand the game worked fine. The issue was simply logging into that particular game’s servers. Every other Origin game worked and logged into its server just fine. What made it worse was the techs, both the tech dealing with me on the phone and the one up the ladder he supposedly went to for further help before escalating my issue, couldn’t read and understand a date code.

You see, when I’d talked with Origin a week earlier, I’d sent them all the data about my gaming rig, including processes running, etc. That information was no longer accurate because I’d turned off further services, etc., services they kept telling me in the current call to turn off.

So, with nothing accomplished except making me more determined than ever to deal with Origin as little as possible in the future, I rang off and wrote the game off. I knew I’d never hear from Origin again.

You can imagine my surprise when, day before yesterday, I tried the game and — gasp — it logged into the server without a bit of trouble. Nope, I hadn’t heard from Origin. So who knows what changed. At least the game works. Even so, that bad taste in my mouth when it comes to Origin and EA remains. As does, to be honest, the bad taste of having to use a 3rd party platform to play a game because game publishers don’t want to let us have discs any more but want us logging in periodically so they can see what we are doing.

But, the game works and I guess that is all that matters.

E3 is coming up in just a few weeks and the “leaks” and announcements have started. One of those announcements deals with Far Cry 5. Not only has Ubisoft released the official announcement trailer, it has released several teasers trailers as well.

Now, it’s pretty clear the game is going to center around a religious cult of some sort and the resistance against it. As you can imagine, there are already articles coming out praising Ubisoft — as long as they make the right political statement. I’ve seen headlines hoping they are “thoughtful” about how they handle the storyline. (Check out the Dallas Morning News) Gamespot says Ubisoft can make a “serious political statement. . . or get it very, very wrong.”

All of which had me asking when it became more important for a game to make a political statement than it did to have, oh, good game play and a story line that kept the players involved?

That is a lesson Bioware needs to learn — and quickly. It may not have officially announced the death of the Mass Effect franchise but the writing is on the wall. And that’s unfortunate because the original Mass Effect trilogy was a blast to play. Sure, the ending of ME 3 was a serious let down, especially after having thought our decisions through the games would actually make a difference in the outcome of the game. I didn’t mind Shepard sacrificing himself (or in my case, herself) at the end of ME3. Hell, I expected Shep to die. But the way it was handled sucked eggs. Dirty, rotten eggs.

Still, the trilogy was great gameplay with a great storyline that kept fans coming back for more.

I had great hopes when they announced ME: Andromeda — until they started talking about the storyline and I started reading comments from certain members of the design team. Bioware didn’t help itself when it released the game before it was ready. I’ll not go into the problems with facial animations and other issues. Been there, done that.

All that said, the combat system is more than decent and, in a lot of cases, fun. Bioware — much as I’m afraid Ubisoft is going to do in Far Cry 5 — didn’t worry as much about a storyline that would keep fans interested. They looked at current social and political issues and tried to feed those into the game in such a way that everyone would be happy. Then, when someone or some group voiced disapproval, they spent time trying to appease that group instead of working on the quality of the gameplay.

In other words, Bioware and, unless it is very careful, Ubisoft, is going the way of traditional publishing. It is forgetting that appeasing a few voices can and often will alienate their core fans. Sure, any business wants to expand its fan base. But you don’t do that at the expense of losing your core. Why? Simple economics. You know what your core is. You know basically how many units they will buy. If you alienate them, you cut, often sharply, into that number of units sold without a guaranteed new audience to replace the loss.

Am I saying that there shouldn’t be more gay or trans or non-white characters? Absolutely not. I love that modern games, at least most of those I play, allow you to choose not only the sex but the “look” of your character and the way you interact with characters can, at least in some games, choose your sexual orientation. However, that should not be the guiding force of a game.

Developers need to remember that gamers first want a game that looks good and that has mechanics that work. They don’t want to pay $50 or more for a game that looks like it could have been developed 5 or 10 years ago.

They want a game that will challenge their abilities, be it an RTS or a puzzle-solver or a FPS or an MMORPG.

They want a story that is engaging and helps them identify with the characters. Look at it this way, if you don’t grab a gamer and keep their interest, they won’t keep playing. In that they are like readers. If they aren’t invested in the book, they won’t finish it.

As a female gamer, I don’t want to see male characters who only think of female characters as fuck toys. I like being able to play some games as a kick ass female character. But that is all secondary to having kick ass graphics and mechanics as well as an engaging story. Everything else is icing on the cake.

Isn’t it time for game designers and publishers to understand that it really doesn’t matter how good the icing is. That it’s the cake underneath that matters. If that sucks, no one is going to come back for seconds and that is going to impact the company’s bottom line. 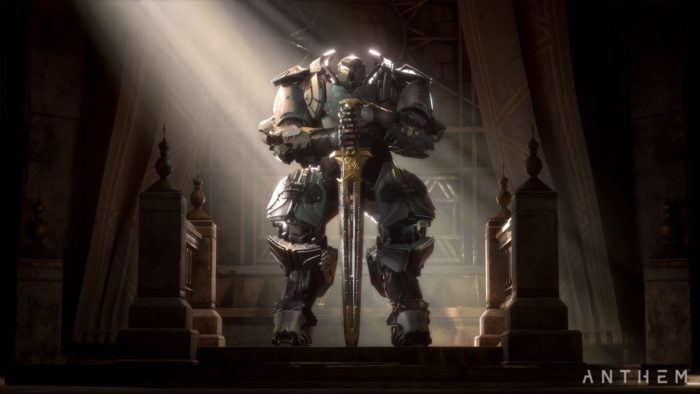