A couple of blogs I think everyone should read this morning revolve around yet more insanity in the SF/F world, this time from someone who has received a grant from his government — not the US — to write a book and it has taken him four bloody years to do so and he still isn’t finished. Instead of working on his book, he decided to take on an editor I happen to know and respect a great deal. I’d planned on fisking the article today but two friends have done a much better job at it than I would have. So I direct your attention to this post by Brad Torgersen and this one by Cedar Sanderson.

Now go check out the list of books on sale this weekend and buy, my pretties, buy you some good books.

These are the books I have included in the sale: 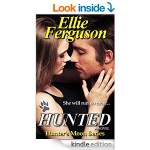 When Meg Finley’s parents died, the authorities classified it as a double suicide. Alone, hurting and suddenly the object of the clan’s alpha’s desire, her life was a nightmare. He didn’t care that she was grieving any more than he cared that she was only fifteen. So she’d run and she’d been running ever since. But now, years later, her luck’s run out. The alpha’s trackers have found her and they’re under orders to bring her back, no matter what. Without warning, Meg finds herself in a game of cat and mouse with the trackers in a downtown Dallas parking garage. She’s learned a lot over the years but, without help, it might not be enough to escape a fate she knows will be worse than death. What she didn’t expect was that help would come from the local clan leader. But would he turn out to be her savior or something else, something much more dangerous?

(This is a new edition of Hunted and includes new back material.) 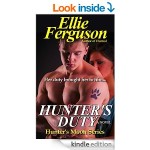 Maggie Thrasher is looking for a man, not to love but to kill. Duty to her pride and loyalty to her family demands it. Joshua Volk has betrayed pride, pack and clan. All he cares about is destroying the old ways and killing anyone, normal or shape-changer, who gets in his way. Jim Kincade is dedicated to two things: upholding the law and protecting the pride from discovery. When Jim is called to the scene of a possible murder, the last thing he expects is to discover the alleged killer is a tracker from another pride. Now he’s faced with a woman who is most definitely more than she appears. Complicating matters even more, there’s something about her that calls to him and his leopard is determined to claim her for his own. Joshua Volk is looking for revenge. Maggie killed one of his own. His vengeance will bring Maggie’s worst nightmares to life. Is the passion between Maggie and Jim enough to defeat Volk’s plans or will Maggie’s determination to fulfill her duty to her pride be the death of them both?

(This is the second edition of Hunter’s Duty and includes new back material.) 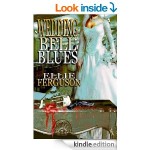 Weddings always bring out the worst in people. Or at least that’s the way it seems to Jessica Jones as her younger sister’s wedding day approaches. It’s bad enough Jessie has to wear a bridesmaid dress that looks like it was designed by a color blind Harlequin. Then there’s the best man who is all hands and no manners. Now add in a murder and Jessie’s former lover — former because she caught him doing the horizontal tango on their kitchen table with her also-former best friend. It really is almost more than a girl should be expected to handle. . . . 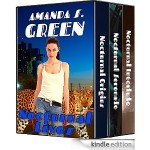 Special price of $2.99 though September 5th.

This “box set” includes the first three novels in the Nocturnal Lives series, 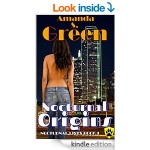 Some things can never be forgotten, no matter how hard you try.

Detective Sergeant Mackenzie Santos knows that bitter lesson all too well. The day she died changed her life and her perception of the world forever.It doesn’t matter that everyone, even her doctors, believe a miracle occurred when she awoke in the hospital morgue. Mac knows better. It hadn’t been a miracle, at least not a holy one. As far as she’s concerned, that’s the day the dogs of Hell came for her.

Investigating one of the most horrendous murders in recent Dallas history, Mac also has to break in a new partner and deal with nosy reporters who follow her every move and who publish confidential details of the investigation without a qualm.

Complicating matters even more, Mac learns the truth about her family and herself, a truth that forces her to deal with the monster within, as well as those on the outside.But none of this matters as much as discovering the identity of the murderer before he can kill again. 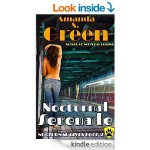 Lt. Mackenzie Santos of the Dallas Police Department learns there are worst things than finding out you come from a long line of shapeshifters. At least that’s what she keeps telling herself. It’s not that she resents suddenly discovering she can turn into a jaguar. Nor is it really the fact that no one warned her what might happen to her one day. Although, come to think of it, her mother does have a lot of explaining to do when – and if – Mac ever talks to her again. No, the real problem is how to keep the existence of shapeshifters hidden from the normals, especially when just one piece of forensic evidence in the hands of the wrong technician could lead to their discovery.

Add in blackmail, a long overdue talk with her grandmother about their heritage and an attack on her mother and Mac’s life is about to get a lot more complicated. What she wouldn’t give for a run-of-the-mill murder to investigate. THAT would be a nice change of pace. 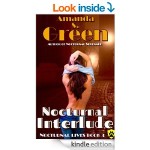 Lt. Mackenzie Santos swears she will never take another vacation again as long as she lives. The moment she returns home, two federal agents are there to take her into custody. Then she finds out her partner, Sgt. Patricia Collins, as well as several others are missing. Several of the missing have connections to law enforcement. All are connected to Mac through one important and very secret fact — they are all shapechangers. Has someone finally discovered that the myths and bad Hollywood movies are actually based on fact or is there something else, something more insidious at work?

Mac finds herself in a race against time not only to save her partner and the others but to discover who was behind their disappearances. As she does, she finds herself dealing with Internal Affairs, dirty cops, the Feds and a possible conspiracy within the shapeshifter community that could not only bring their existence to light but cause a civil war between shifters. 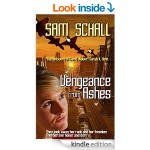 Captain Ashlyn Shaw has survived two years in a brutal military prison. Now those who betrayed her are offering the chance for freedom. All she has to do is trust them not to betray her and her people again. If she can do that, and if she can survive the war that looms on the horizon, she can reclaim her life and get the vengeance she’s dreamed of for so long.

But only if she can forget the betrayal and do her duty. 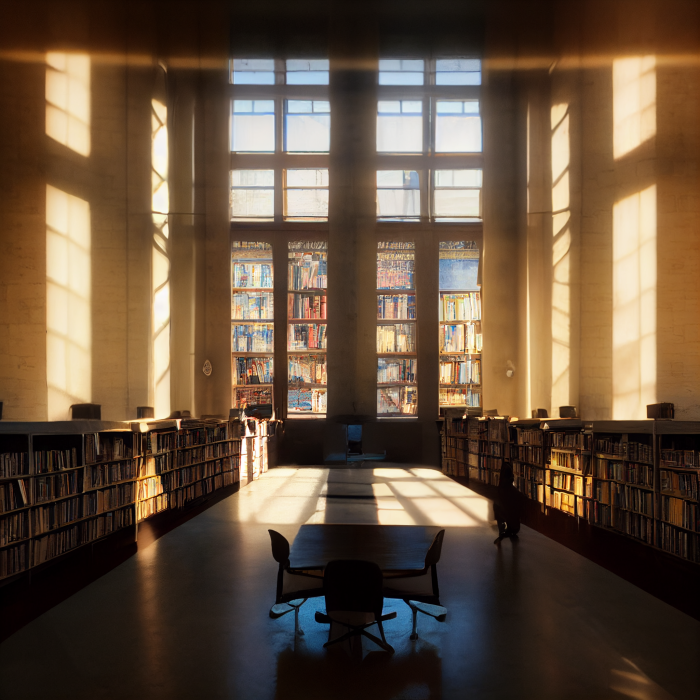