Yesterday probably had to be the worst day in my life as an indie author. Release days are always nerve-wracking. Will people buy your book? Will they like your book? Or will they say your baby is ugly and laugh like mean girls? All of that paled into nothingness when I woke to find an email from Amazon telling me they had pulled

and it would not be on sale until I fixed the issue(s) reported by customers.

Gulp! The book had only been out for hours when the email had been sent. What was wrong?

So, at 0730 I was trying to figure out how in the hell I had managed to upload the wrong file — except nothing I found showed that I had. The only possible explanation I could find was that I had forgotten to do one thing when I copied the legal page from Duty from Ashes to the Honor from Ashes file was change the AISN. The rest of the text was correct — in my upload file but not in the file that was being sent to those kind folks who had pre-ordered my book.

So, I did what any reasonable author would do in that situation: I panicked. I cursed. I even cried a little. But then I pulled up the base file, changed the AISN and re-uploaded it to my account. I also sent an email to Amazon at 0806 to let them know I had done as they asked. Then I blogged over at Nocturnal Lives to let folks know what was going on.

And I waited some more.

And still Honor from Ashes was removed from sale. At one point, you could hit the buy or read for free buttons but you would get an error message. Then the dreaded “this item is under review” language hit the product page.

And the returns continued.

At 1022, I sent another email to KDP to find out what was going on. As with the earlier message, there was silence. Around noon, I went to my dashboard for KDP and sent a message to the help desk, asking for an update, noting that I was losing money and all I could do was tell those who were hitting my boards on Amazon that I had done what had been asked of me but was as much in the dark right now as were they.

I spent the day, gritting my teeth, unable to work, as I watched the returns continue. Fortunately, those who checked the boards, saw what was happening and they, in turn, took to the two one-star reviews to explain what was going on. But the damage has been done. There are now reviews for Honor from Ashes, claiming it is nothing more than a reprint of Duty from Ashes under a different title. Any new readers who might consider buying the book may be run off because of that.

But I’m getting ahead of myself.

I did finally hear from Amazon at 2238 hrs last night, almost 20 hours after their initial email to me. Again, they alleged I uploaded the wrong file — but did not include the file so I could check it myself. Okay, I can live with that. I don’t like it, but I can live with it. However, there was nothing said about how long it would be until the book was once more available for purchase. (Note, too, that after I uploaded the new file a little after 0800, I received an email from them saying it was “live” at 1242 hrs. It showed on my dashboard as being live. The preview of the book on the product page showed the new file almost instantly. And yet it was still not available for purchase.)

I asked again, how long. So far, I have had no response.

I kept busy on the Amazon boards that deal with the book, answering questions, assuring readers that I had done everything I could and it was in Amazon’s hands. Their frustration over the delay matched my own — and I will be in contact with them when I figure out how to thank them for their patience.

Sleep was fitful last night as a result. Would I wake up this morning to find the book still unavailable? Even if it was finally available, how deep would the damage be? Returns had been taking place all day. Negative reviews were coming in. How would all that impact the first “day”/week sales?

So, when I finally rolled out of bed this morning, I very hesitantly checked email. Sigh. Nothing from Amazon. So I went to the product page, fully expecting to find it still reflecting the fact it was “under review”. Fortunately, it is now “live”. You can buy it or borrow it under the Kindle Unlimited program. Unfortunately, there are now two 1-star reviews. The only saving grace is the 4-star review (leaving an average of 2-stars — GULP!) and comments from those who had been following the boards to the reviewers that they needed to wait until Amazon made the correct file available. I thank each and every one of those fans who responded to those reviews. I hope those reviewers go back and edit their reviews but I’m afraid the damage has been done.

This entire affair has shown the one real fault in the KDP program, whether you are in KDP or KDP select/Unlimited. There is no way to pick up the phone and call them when you first see a problem. You are limited to e-mail. Sure, if the emails go on long enough, they may call you but that doesn’t help in situations like the one I faced where time is of the essence. It has left a sour taste in my mouth, as well as in the mouths of my fans.

Does this mean I will look for an alternative to KDP? No. It is the big dog in the game and moving away from it would be more than counter-productive. It does mean I will be even more careful about my uploads. It means I will continue trying to find out exactly what happened and how to avoid it in the future. Most of all, it means I need to those who read the book and enjoyed it to post positive reviews to counter the negative ones.

In the meantime, I will edit the product description to note that the previous download problems have been corrected. Hopefully, after a week, that will stem the damage that has already occurred. I don’t know.

All I can say is “damn it” and censor myself from saying anything else.

In the meantime, here is the link to the NOW live product page:

War isn’t civilized and never will be, not when there are those willing to do whatever is necessary to win. That is a lesson Col. Ashlyn Shaw learned the hard way. Now she and those under her command fight an enemy determined to destroy their home world. Worse, an enemy lurks in the shadows, manipulating friend and foe alike.

Can Ashlyn hold true to herself and the values of her beloved Corps in the face of betrayal and loss? Will honor rise from the ashes of false promises and broken faith? Ashlyn and the Devil Dogs are determined to see that it does, no matter what the cost.

UPDATE: If you downloaded the book as a result of pre-ordering it, please confirm that you have the corrected version. It appears that some people have not automatically received it. Check your settings (Manage My Devices and Content/Settings) to see if you have automatic updates turned on. If not, you may need to delete the file from your device — NOT your account — and re-download. If that doesn’t work, contact Amazon and let me know. Amazon should respond quickly and get you the correct file. If not, I need to know. Thanks! 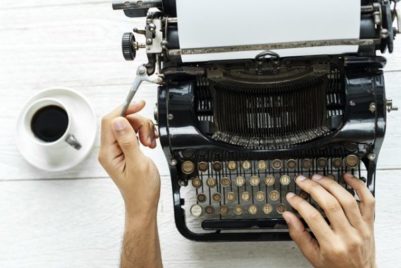